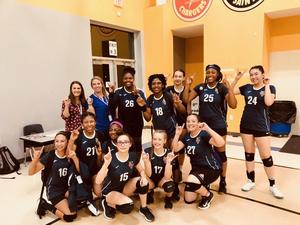 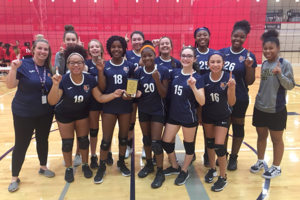 Our girls JV volleyball team made history over the weekend by winning the TCSAAL Regional Championship.

Our girls JV volleyball team made history over the weekend by winning the TCSAAL Regional Championship. The Lady Wolves beat KIPP San Antonio 2 sets to 1 in an epic battle played in Wimberley. That was just the first set our girls had lost the entire season, after romping to the Divisional Championship and capping an impressive Subregional Tournament Championship with a sweep of defending champion Meridian World School.

Despite many of our top middle school players actually making the JV high school team, our middle school premier team still advanced to the subregional tournament and managed to bring home hardware. That team wildly exceeded expectations this season and should be very proud of turning heads with a young team destined for great things in future seasons.

Last year's women's basketball and soccer programs had set the previous school record by becoming Subregional Champions - eventually losing to the San Antonio representative in the regional finals. The JV girls weren't going to be denied on their quest to best that mark. It's unfortunate that there is no State Finals for the JV level, otherwise it's highly likely these ladies would've brought home the first State Championship in any sport.

Congratulations to Coach Guthrie and Coach Ragaisis for an unbelievable season!